Don’t ask me why I decided to pickle watermelon rinds.

Ok, I’ll tell you.  I bought a watermelon the other day and as I was cutting it, I got to thinking how wasteful it seemed to throw away all of that white part of the watermelon.  It was practically edible, if not a little flavorless, bitter and hard….

Then I remembered I had a slightly-old-slightly-wrinkled-forgotten-about-sad-and-pitiful jalapeño in the fridge just begging to be used and thought why not, we’ll throw that in too.

So here’s the recipe, with commentary!

In a small saucepan, bring the water, vinegar, sugar, & salt to a boil, and simmer until the sugar is dissolved, stirring ever so often to keep the liquid from getting angry.  (Just a minute or two)

Layer the watermelon rinds and jalapeño in a 1-quart glass jar.  (I like Mason jars because that’s what they have at the store)

Cover with that handy dandy Mason jar provided lid and refrigerate for 12 hours.

Pickles should last for about 2 weeks in the fridge, without getting too funky.  Sadly, I don’t have a photo of my results…mainly because I keep forgetting and the fridge is so far away.

These might make a nice 4th of July party snack addition too, if your guests are brave enough.

I don’t think Lou approves of the watermelon rind pickles.  His face was full of confusion when he tried them.  Sweet, spicy, bitter.  He’s crazy!  They kind of remind me a little of radish kimchi.  The texture and the spiciness.  But just kind of. 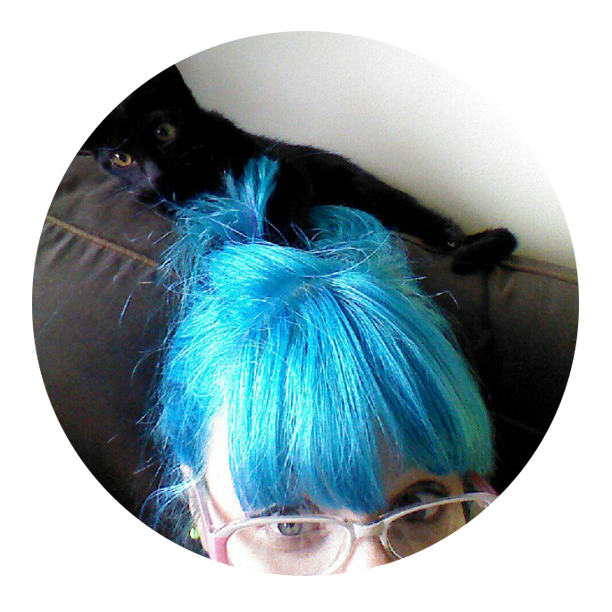 Hi I'm Jamie! Lover of cats, crafts and cooking. Here you'll find my ramblings on such.

There was an error retrieving images from Instagram. An attempt will be remade in a few minutes.